State Of The Union – According To PokerKnave!

Four scores and ten, minus eighty five (a dramatic but futile attempt at gravitas) is the amount of years we have been fighting for the right to be hustled and bustled, clean up and washed out on the poker tables and race track. The phrase of living a life of ‘fast women (or men depending on ones desire), hard drink and slow horses’ was played out for all to see and look where it got us…Bitcoin!

Yes, we tried to fight the good fight. We attacked governments, poker websites, bookmakers and celebrities while praising the under dog, the poor and the genuine life hero’s.

We flirted with revolutionary communism, virtual reality, movie film script writing, video blogging, live streaming and darts but nothing has come close to Bitcoin and cryptocurrency. People thought that online poker was a scammers charter, and, upto a point they have been proved right with many a sites being involved in dodgy practices, with the unfortunate players being ripped off and dumped on from a great height. We fought for justice but this was seen as miserable moaning over spilt milk, and, basically we should shut up and take our losses as plebs. Clearly we are not that way inclined and as was seen with William Hill and lately with Ladbrokes/Betdaq we are not prone to sit back and get shafted.

So for the future we will persist with our ‘bad attitude’ and tell those who want our money to shape up or we will take the piss out of you as we did with countless other greedy bastards because this is what we are. The Ladbroke/Betdaq debacle will be the first in the firing line and we will encourage more people NOT to give these evil doers any money as they do not honour agreements or even their own adverts! Do not trust Ladbrokes/Betdaq betting or their iPoker website, as they have arrogance and entitlement by the bucket load.

Which brings us back to our future. It seems we will be involved in cryptocurrency but that has not started well. We joined Seals With Clubs the premier Bitcoin poker website and immediately they get attacked with a DDoS. it seems there is a problem with a customer and the customer is not happy. Apparently they are back but we will wait until things calm down before we go back and advertise SwC website. Yes it is a bit cowardly, but since there is no way of getting your BitCoins back if they are stolen what else can we do?

So as we delve deeper into virtual currency and online poker we hope that we don’t see any white rabbits or miners who got lost in the tunnel of C++ coding. As the 40th President and saint for all those on the right Ronald Reagan once said ”….you ain’t seen nothin’ yet.”

When we look to the future we should always reference the past. So lets remember fallen warriors of truth and art. People such as Pete Seeger who’s life and work was the background for most of the 20th Century struggle.

Pete Seeger (May 3, 1919 – January 27, 2014) has such a long history that it would take a whole post on its own. However, it would be wrong not to have a tribute to a man who helped shaped music, art and politics in our lifetime. Read the New York Times excellent obituary tribute . In the meantime hear are some of his famous songs: 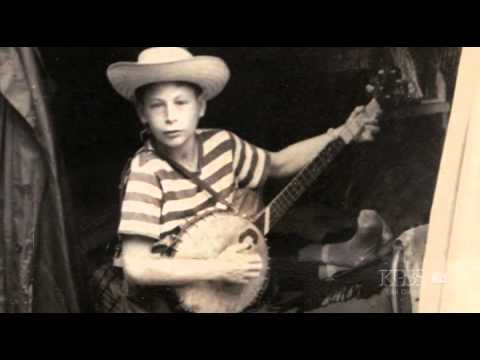 Pete Seeger, Sonny Terry, Brownie McGhee – Down by the Riverside