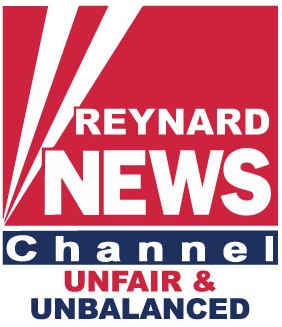 Strange Goings On At The Heart Of American Media

Politics, society, information and media is just a giant poker game. The rules of the game is that you win when you control the money and create the rules of the game. As on the poker table who is the cheap leader run things. Yes they can be taken down but that is usually down to luck or bad judgement on the chip leaders part and since the game of poker is a maths game playing rigidly to the maths usually win statistically.

This is the same in politics and society in general. If you are born in wealth unless you are unlucky or have bad judgement you will remain wealthy. Yes there are stories of rags to riches but look at the statistics it is very rare. That is why there have been movements to redistribution of wealth to make a more level playing fields. However, after the issues over Stalin and The Berlin Wall, the movement is in retreat and plutocracy and oligarchical systems are in the ascendancy.

But just when ‘Trickle Down’ economics, countries with ‘Two System’ and ‘Anti-globalisation nationalism’  are looking ubiquitous, along come a crisis within the the propaganda machine pumping out the glory of crony capitalism. First the ‘Arab Spring’ unleash the horror of religious bigotry, then the banking system revealed that the elites will always privatise profits, but, socialise losses and now we see the sham of media output. The main right wing press in the UK are benefiting from  a off-sea trust fund and Fox News has been tolerating institutionalized sexual harassment while pushing a old fashioned agenda promoting ‘family values’ and attacking non-conformist relationships.

So as we joke about the process to choose Donald Trump as a potential President it is slowly revealing the wanton propaganda to have Donald Trump as the potential president. Why would the right wing media want this? There must be an agenda behind this and as we are happy to earn from this by betting on Trump getting the nomination it is a bit like those who invested in economic crash or invested in wars it is a bit icky.

So, now we enter the moment of truth about the future of the most powerful country the World has ever seen and hopefully the Republican party will do the sensible thing and show the World that they have not totally lost their mind.