Why Dancing Should Not Be Treated As A Sport

The Magical Tipster is a very shrewd judge when it comes to betting, but sometimes he has a problem with logic and prejudice. Having backed Lisa Riley (actress and presenter) from 64/1 down to 18/1 with a cumulative odds of over 33/1 he now has to contend with the idea that Lisa Riley may not win the competition but may end up being a ”credible 4th or 5th” because she is not aesthetically appealing? Basically she is fat, ugly and speaks with a Northern English accent. These attributes are a crime in a fashionistic, totalitarian class society that the UK is still under the influence off.

Her betting price is at least twice that of Kimberly Walsh (a singer from Girls Aloud) and only 2/3 rd of Victoria Pendleton’s prices! It is scandalous but being a great dancer is not good enough to be a winner of a dancing competition because she is classed as a big chavvy woman! Now Victoria Pendleton is an Olympic hero, she has won gold medals, however, she is a rubbish dancer.  This does not make her any less of a person just as if she could not cook a meal like Delia Smith does not make her a worthless human being. Likewise Kimberley Walsh can sing a nice tune but she is not a fantastic mover on the dance floor, whereas Lisa Riley IS  a good mover on the dance floor.

Why am I writing about a trivial Saturday program from  a view of betting and getting worked up about the price. Well, it just shows how stupid we are as people that we let those who have unimaginable influences on us dictate what we should like and accept as genuine talent. Please do not get me on X Factor and American Idol!

The best illustration of letting prejudice get in the way of talent, opportunity and ability was Hitler in 1936. I understand that using Hitler in a argument renders that argument null and void, but, it is easy to use and I cannot be bothered by hackneyed sayings and quips. Hitler basically said that anyone who looked Aryan was superior to anyone who didn’t and look where that landed! In the 1936 Olympic’s that nonsense was turned around and led to him taking drastic actions and decided to kill all non-Ayan beings to create some messed up World based on Wagner’s and other twisted individuals  prejudices. The fact that nothing really differentiates us as humans meant that Hitler had to go out of his way to kill millions to prove that he was one sick puppy.

If Lisa Riley do not win ‘Strictly Come Dancing’ it will serve us right that we still live in a feudal system in which bankers can play casino, lose and us regular folks will pick up the tab for any loses as happened on ‘Lehmans Day’ 2008. That synchronise dancing has more of a political pull than darts, that the female beach volley ball players must wear skimpy shorts to make the game interesting and diving all need people to like the look for it to be interesting. I am not attacking the sport as they stand, I am just pointing out that certain things must be in place for a sport to be truly accepted as sport and not have ‘LOOKS’ as a determining factor.

The reason Lisa Riley’s price is still big is that the layers have brought into the narrative that basic looks are more important than talent. Victoria Pendleton is better looking than Lisa Riley therefore she has an advantage. This is wrong and hopefully the public do something about this great injustice.

The only way the Magical Tipster will lose this bet is if logic and rational thinking has gone through the window and we do seem to live in a time where we are going backwards as a society. In the US apparently you can get all sorts by throwing a temper tantrum. It is seen as interesting! Well if Lisa Riley does gets all divaish as MT says, she is finished. Nothing turns off the Great British public more than a person feeling sorry for themselves. All this Ayn Rand and John Galt nonsense is very horrible to watch. So if you have not had a bet on Lisa Riley in SCD as Strictly Come Dancing is known then get on the 9/1 on offer and lets root for those who like talent and to see people get a chance based on fairness and equality!

Here is the reason why Lisa Riley will win. 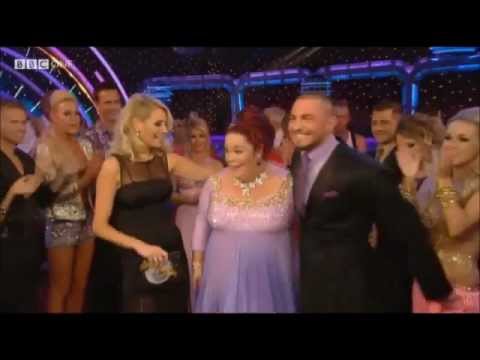