Class Warfare Is Back, Ding Dong! 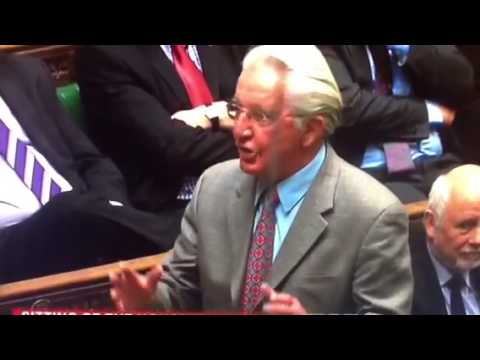 Today we will witness what is wrong with this country. The ruling class bury Margaret Thatcher in a ceremony which is a state funeral in all but name. The reason why it is not a state funeral is that it would have needed a vote in Parliament and the government wanted to pretend that the nation is united in supporting paying for Margaret Thatcher’s funeral out of public money. The fact is the public are deeply divided about Margaret Thatcher but this is about covering up and pretending that the nation really are grateful for Thatcherism.

The ConDems are in the middle of a campaign called Operation True Blue. They want to embed Thatcherism as a ideology because they are see class division as a legitimate way of running the country. They see the welfare state as wrong because it gives the poor a safety net, they see the national health service as a ’60 year mistake’ and ultimately they want to row back the progress that the working class had made over the last 65 years.

As you can imagine there is protest and demands that this is wrong and the fight back started with the campaign of disrespect over the ‘canonisation’ of Margaret Thatcher. Margaret Thatcher said there is no such thing as society, yet they want people to pay for her funeral. The ruling class claim the people should show respect. This is true people should show respect but not to the state paying for a political party funeral. In the end as Dennis Skinner said, what sort of respect did the Tories showed Margaret Thatcher when they booted her out of office ‘…like a dog in the night..?’

The campaign to get ‘Ding, Dong The Witch Is Dead’ from the Wizard of Oz, may have been unsuccessful in getting it to number 1 in the pop charts, but there is now evidence that skulduggery was used to make sure that it did not get to number 1, with itunes and other retailers promoting several versions of the song so that the record of sales was diluted. The BBC was also put under pressure to censor the record so that it wasn’t played on the radio.

In the end, she was clearly a divisive figure and the funeral is basically the Conservative party are wishing to push this funeral as a national event because they want the nation to validate their policy of embedding Thatchers class hatred as a ongoing project. On this they are being very successful.

Here is a picture of George Osborne who is determined to carry on the class warfare to its natural conclusion – the privatisation of the national health service and the demonising of the poor and the working class of Great Britain, crying at Mrs Thatcher’s funeral.