…what can i say? You have always been high in my estimation especially when you were kicking butt, winning once every 3 games. But now you have kept all these women quiet while partying like a pimp – fair play to ya!

All this stuff about marriage infidelity is fair enough but it has happened before and undoubtedly it will happen again. in defence of Elin Woods sometimes domestic violence does have a point.

As expected the jokes have been flying around such as:

‘Tiger and Elin have signed a new prenuptual agreement.  According to the new contract, the next time Tiger plays a round, Elin will hand him his balls.’

‘Whats the difference between Tiger Woods and Santa??

‘What did Tiger Woods caddy recommend when Tiger was playing the back nine?

‘Tiger just announced he will be taking a break from golf to fix his family and because he is embarrassed. No kidding, last time I slept around, got caught, crashed a car and had the shit beat out of me by my wife, I was embarrassed too!’

‘Did you hear that Phil Mickelson called Elin Nordegren? He asked her for some tips on beating Tiger.’

‘Tiger Woods sponsor Nike has a new motto – just do me’.

This great video of Tiger Woods voicemail as a RnB song 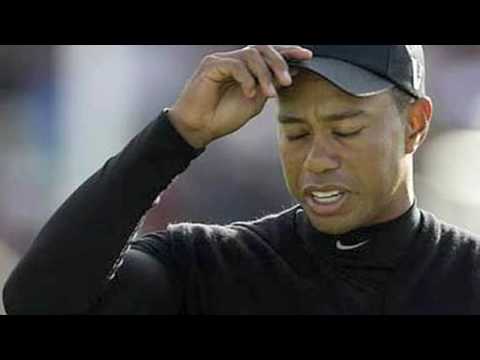