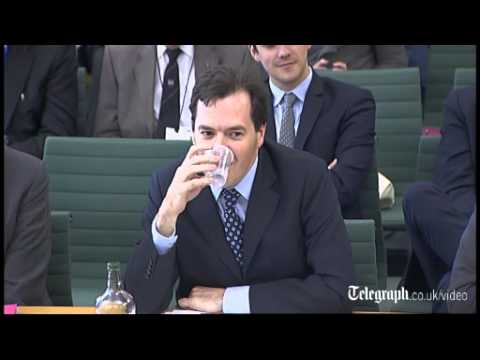 You can tell a government is finished when they are constantly open to ridicule and disdain. With the UK coalition it began with Deputy Prime Minister Nick Clegg getting royally shafted over tuition fees (he signed a pledge not to raise it and in fact to get rid of it and promptly did the complete opposite when in government), continued with the Prime Minister David Cameron badly judging the Murdoch fiasco and now is ending with the Chancellor of the Exchequer George Osborne being seen as out of touch with the reducing millionaires taxes, but, raising of granny’s taxes.

The sign that he is out of touch is the rather innocuous and rather insignificant issue of value added tax (VAT) on hot pies. Hot pies are a favourite with working class people during lunch breaks, football supporters during half time (a common term of abuse to fat footballers is ”who ate all the pies”) and school kids who did not enjoy their dinner. As is seen in the video George Osborne when asked the question by John Mann and George Osborne has not got a clue, and, worst of all made it clear that VAT will not be charged if a pie that was hot is no longer hot when sold. Straight away you can see a small bakery in some non-descript town who will sell a pie in a very hot shop without VAT added and it will be in all the papers as a snub to George Osborne.

This is what happens when you have a bunch of over privileged spoilt brats being allowed to play politics because they were born to do this just as the Kennedy’s and the Bush’s always seem to not live up to the hype and in fact all look to fail badly when given the chance to shine. Dynastic rule and rule by a small clique of individuals always mess up in a democracy because it is not part of the DNA of democracy to have incestuous relationships. Democracy is about liberating the people from inbred  thinking. It can lead to wild ideas and ‘blue sky thinking’ but that is the price to pay for egalitarian living

In the video of the Treasury Select Committee, Gregg’s is a high street shop that sells bread, cakes, pies and other food stuff.