Spring Time For McLeish In Cuba

Green Bay Packers fans gabbing more than was bargained for....

When you get to mention Alex McLeish, Pope Benedict XVI, Cuba and Green Bay Packers all in the same sentence, it is clear that something big is under foot.

After the 2011 amazing tale of football manager Alex McLeish defection from Birmingham City to Aston Villa after winning the Carling Cup, then getting Birmingham City relegated and watching the Birmingham City club chairman Carson Yeung arrested in Hong Kong for financial impropriety, nothing more could surprise any sensible sports fan. Then out of the blue the word is out that Alex McLeish is off to Cuba to manage the Cuban national side!

After lengthy negotiations between Scott Walker the governor for Wisconsin, the Pope and Raoul Castro it was finally decided that to help get Cuba back into United States good books, the Green Bay Packers should do a goodwill tour of Cuba, Justin Bieber performs a concert at Havana for the youngsters and Alex McLeish should help run the national side as Aston Villa are going to be relegated. Agent McLeish has proven himself to be a great  agents provocateur and his reward would be a rest from the hard task of listening to whining Aston Villa fans continuously going on about their club history and how Agent McLeish has tarnished it. Boo hoo, sob sob!

Quite clearly these are amazingly big cultural issues and I and others was stunned to see that Alex McLeish could find himself at the centre of such major world events. All Aston Villa fans should remember that ”….in Randy Lerner we trust…..”!

Springtime for Hitler – The Producers(1968) 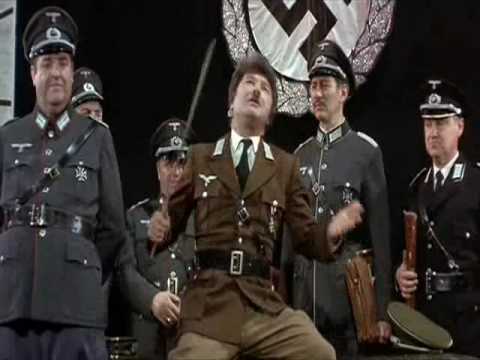