For the greater good of football Ferguson must retire. Yes he is brilliant and yes he is very successful, but it must be disheartening when two of the richest football teams in the World – Chelsea and Manchester City, chuck amazing amount of money at their clubs and they still cannot beat Manchester United!

No need to go through Fergies record as it will be boring. All that can be said is that the Glazer family must be kissing Sir Alex Ferguson’s feet every night as they owe their very existence to this titan of a manager.

Apparently, there is big talk that Sir Alex Ferguson is going to retire this year. If he does then the New York Stock Exchange will have to down grade Manchester United’s share as it will be a big ask to get a man to fill his position as manager.

My own take on it is that Sir Alex Ferguson will retire but will be a major figure in the background and any manager who takes over will have to accept this. Therefore this rules out Jose Mourinho and Pep Guardiola as they would hate it. So this leaves David William Moyes and Ole Gunnar Solskjær as the type of character that could manage a superstar team and placate a gigantic ever present ex-manager.

The other amazing thing about Sir Alex Ferguson is that he is a staunch socialist like a lot of strong successful managers of his era (Brian Clough, Bill Shankly to name two really big ones). There is something about the way he has instilled into his management culture that a team as rich as Manchester United can get into a mindset of the ‘under dog’ fighting to ‘right the wrong carried out by ‘unfair referees’. it is brilliant to see this kind of mindset as it gets players fighting for each other.

Being a ‘champaign socialist’ (ie a rich person who is a socialist) he is constantly under attack from political and football opponents, and, clearly there is a almost a tribal allegiance to his support of the poor and disadvantaged getting together to demand better life and conditions. And as a belief it has a lot going for it, especially psychologically. Manchester United and Sir Alex Ferguson, have built a fortress element and culture which make them hard to beat and exasperate opposing team with an air of self belief which sometimes belie a not so strong team.

Sir Alex Ferguson is famous for his ‘mind games’ in which he intimidates opponents and officials before a game with a statement which sounds like a statement from a person with a persecution complex. This has led to the overwhelming belief of ‘Fergie Time’, in which opposing supporters get obsessive about the way Manchester United manage to get a result during extra time! The opposing fans believe that the referee’s are so scared that they put an extra minute or two for extra time just to make sure they do not get a tongue lashing from Sir Alex Ferguson. Sir Alex Ferguson is brilliant at getting a goal or two within these ‘extra’ minutes. In opposing teams they will exhibit a fear of being ‘done over’ before a game has started.

The argument that Fergie must go for the good of football is that it would end an era in which few managed to touch his genius and also give someone new the chance to be a giant within the beautiful game. 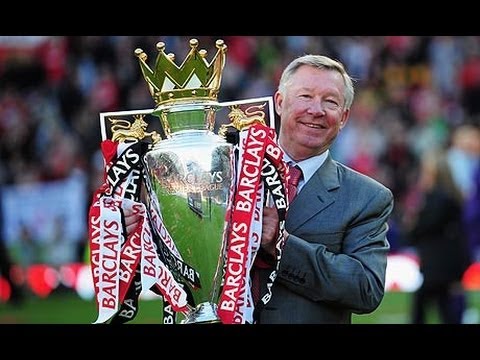