The man who rode the wave to become the first big name poker player during the online boom of poker has died. Devilfish or David Ulliott as he was officially known, died after a short illness due to cancer.

He was a professional poker player who became a household name when he on the first ‘Late Night Poker’ TV  program on Channel 4 in the UK. His flashy play was loved by the viewers and it led to a late night cult following and with the innovative use of a camera to see what the players had in the hole was part of that fascination for the viewer.

But, before he became a TV star he made his name on the poker table and in the betting shops with some massive wins. At poker he sometimes had to carry a gun to make sure he could walk away with the money he won at the poker table. Also he won so much money at horse race betting that various bookmakers refused to take bets from him, and, barred people who put bets on for him.

David Ulliott had on a World Series Of Poker bracelet and the first World Poker Tour in which he basically eliminated nearly all his opponents on the final table. Devilfish was not a shrinking violet and his many trash talk and publicity stunts got him into trouble with the authorities and promoters including Fox Sports Network who barred him after he advertised his online poker site after Fox Sports Network banned any form of advertising. 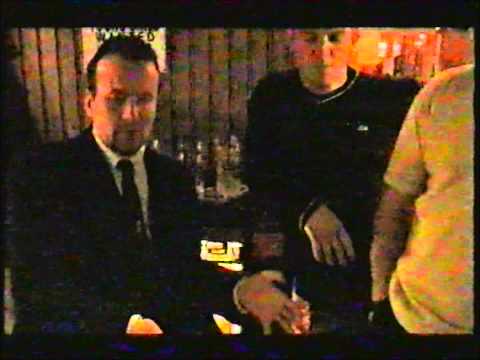