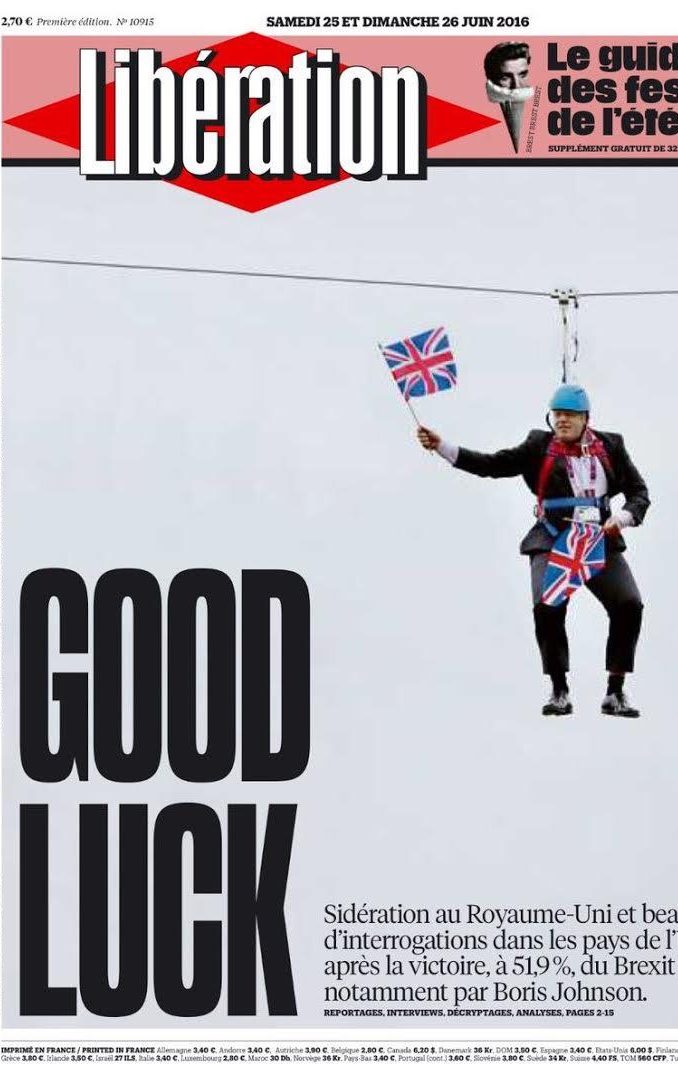 And that was that!

David Cameron resigns and leads a zombie government, a year after stunning the world with a unbelievable election win. Nicola Sturgeon lays down a new marker to break up the Union with a new Scottish referendum demand. Northern Ireland began to look at breaking away to stay in the European Union, and,  Boris Johnson looking to bring his situation cabaret act to Number 10 as Prime Minister!

A civil war in the Tory party is now dividing the nation. Democracy has been carried out despite all the nonsense on the Internet about pencils in ballot boxes being used so that the elites could rub out the ‘Out’ vote and replace it with ‘Remain’ vote.  Now the nation need to join up and sort out the future that is fair, progressive a wealthy. Any other outcome is not acceptable.

When Labour sort out its leadership, it will have a big job in making sure the right wing nutters do not privatise the NHS as Micheal Gove once wanted to do. Make zero hours contracts the norm and use identity politics for social policy.

David Cameron ran out of luck and the country now has to make sure that his vision of war and permanent austerity was just a figment of his imagination.