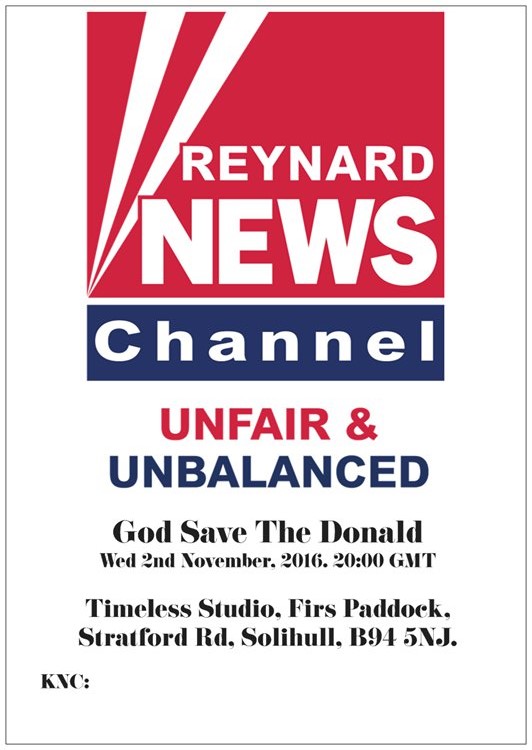 Just as the election was winding down to a comprehensive win for Hillary Clinton, and, The Magical Tipster started to look at Alaska, Texas and even Georgia going to the Democrats, an amazing thing happened. The FBI dropped a bomb that could fling Donald Trump into the Whitehouse. The Anthony Weiner situation is a real game changer and Donald Trump rightfully is playing it straight down the line.

Yes ladies and gentlemen Donald Trump now has a chance to be President of the USA and leader of the free world. Therefore, in our alternate universe the ‘life coaching’ session with Donald Trump could be a session with the future head of state.

As head of state what could we see Donald Trump do? Stephen Neal and Maria Lynch will try through live performance art to reveal a new insight.

If you cannot make the show but would still want a blockchain validated poster then send 0.007113 BTC to 16pDQv9zJVt1UyoighYPq1CqzYCp4rps7o or $5 cheque/postal order to: