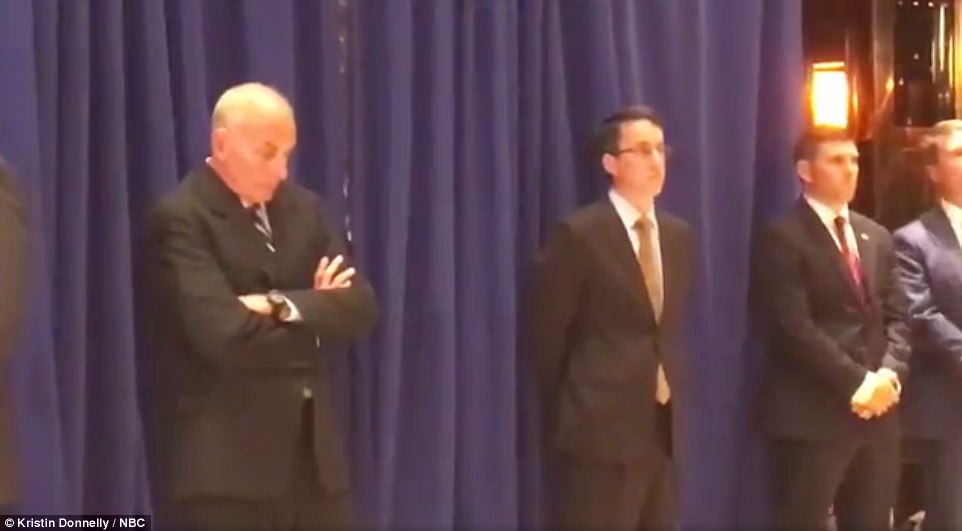 From a financial point of view I personally loved Donald J Trump.

From a entertainment point of view, I loved Donald J Trump.

From a humanist point of view Donald J Trump has become the biggest embarrassment for anyone who looked to the ‘American Ideal’ as a chance for humanity to become a great thing.

It is an embarrassment to look at American friends and relations and see them squirm in disgust when you mention  Donald J Trump name in conversation.

I will readily admit that I have not talked to any American who support Donald J Trump – apart from the usual nutcases you meet online.

I have met British people who like Donald J Trump, but they are the sort of people who think political correctness is a problem, but, do not understand the difference between genuine censorship and ‘good manners’. Basically they are politically uneducated and do not know historical facts such as suffrage, progress and liberation. They believe that the social and political elites will actually do things against their interest to make ordinary working peoples lives better.

An example of this naivety is the process of the American CEO’s resigning from Trumps advisory groupings. His supporters think that they are being self serving and horrible to Trump, not realising that these CEO’s cannot work with a guy who has no perspective of history, common decency and the ability to mask his real intentions. These CEO’s do not care if the Nazis are in power, because Nazis will do business like everyone else. However, Nazis do have a bad press for a reason, they are genocidal lunatics.

Genocidal lunatics still have to eat bread and drink cups of tea, but, genocidal lunatics have a nasty habit of wanting to kill loads of people in systematic ways and that does not create a good public relation exercise.

For Trump to be seen to support these types of guys is not a clever move. Sometimes there are things that cannot be defended such as paedophilia, killing puppies and kittens for fun, and, Nazism falls into that category.

Clearly Trump is a racist, low intelligent, insecure clown. If you played him at poker it would be like stealing money from a baby – profitable but wrong on a moral bases. He needs help and needing help pretty quickly. The ‘deep state’ need to remove him from office before he does something really stupid.

By the way, there is a deep state it is where the chattering classes met and generate ‘culture’, ‘art’, ‘education’ etc. America will have a group of people who are rich and influential that make it socially unacceptable to do something. Examples of this where the deep state have been active is industrial striking which is now seen as ‘bad’, ‘disruptive’ and ‘counter productive’.

Donald J Trump is now an existential threat to actual state of USA and its international image. There will be some Americans who will say ‘…to hell with image….we love and support our president….’! However, these individuals also believe that there is a war on Christmas and the ‘The World Series…’ is a reasonable title for purely American sports.

I always knew there would be a time when Donald J Trump would mess up. I must admit I didn’t think it would be so quick. I organised a video of a life ‘coaching session’ for Donald Trump because I thought it would be for misogyny that would destroy his career but I was wrong. I had even created a art project called ‘God Save The Donald’ which has been copied by various media outlets to pro-long the humour that he would cause, but alas to no avail, his career ended because he is a Nazi! I never saw that coming.

Reynard News – God Save The Donald