I have been away for a while for various reason and so this blog has not had any contribution except for ‘Latest News’ which is automatic. Now the world has had its second major upheaval since PokerKnave had become a thing (the first was Lehmans Day 2008), it is time for this blog to do what it is good at doing, and that is being totally honest in the belief that the elites are trying to turn us into modern day plebs, they use political correctness as a bulwark to divide and conquer, the belief that the ending of communism and the retreating of the liberal democratic concepts is not in the best interest of the working class and the poor, also religious extremism and the growth of religious schools is bad for the planet and scientific endeavours, aim at encouraging having consensual sex as a good thing and finally poker is the only place for unbridled capitalism.

That is quite an agenda and in certain quarters totally unfashionable, however, being the Poker Knave mean that I take a view based on base instincts and knowingly reprehensible desires.

So my first target is our favourite horror shows; self righteous conservatives and their mean spirited financial backers who are following an agenda to do away with the post World War Two consensus to bring in a plutocracy by getting educated but poorly informed individuals to vote against their best interest due to religious and political indoctrination.

In this task you will see exhibit A: This picture of a #EndCovid19Lockdown show what happens when a person who can obviously read and write has been convinced that he is doing a good thing when all he is doing is making a fool out of himself. 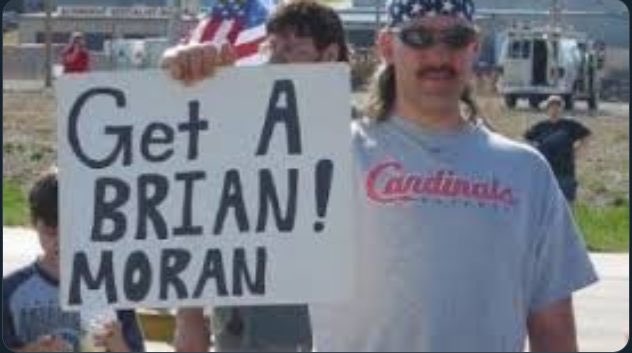 Exhibit B is a video from our unfavourite channel Fox News with Tucker Carlson interviewing Texas Lt. Gov. Dan Patrick who believes that a certain amount of death is OK to get the economy going. This view has been propagated by the elites because they do not like this idea of not earning money and creating a US national health service by default.

During the interview Dan Patrick came out with the immortal line that ‘there are more important things than living’! Well Mr Patrick here is your chance to prove this by making sure you and your family lead the charge. Somehow I think you wont.

With this anti lockdown campaign which was started by the DeVos family financing the Michigan protest and ginned up by Fox News, the aim is clear. They want to bring in ‘herd immunity’ as policy which means the poor die by mixing sick people with healthy people at school, work and play, so the rich can generate income while keeping away from the mess in gated mansions and therefore inherit what is left of the economy. The thing is people like ‘Brian Moran’ has been so conditioned in that his role is to satisfy his masters agenda that he is willing to sacrifice his body and soul for the plutocrats. Truly they are the innocents being led to the slaughter house like lambs.