NFT Poker Prizes To Be Won!

I am going to organise a poker tournament when all UK lockdowns end in June 2021 and the star prize is one of the first NFT (Non-fungible token) art promotions that has ever existed and will be a Knavecoin flyer (one of 50 printed limited edition).

It was done to register the sheer madcap scenario of Donald Trump being elected as President and our complete shock that the US had lost its mind in 2016.

The event was dreamed up as we wanted to record this momentous occasion as we could see it happening but really could not believe it, even though The Magical Tipster knew and gave the World forewarning in September 2015 that Trump was going to get the GOP nomination quite easily and we ALL should get onboard the 7/1 on him being the nominee. We told The Magical Tipster that him winning the Presidency would never happen as America had not being doing crazy drugs that melted their brains to actually give him the job!

However, by the week leading up to the actual election it was looking like a fairly chunky speculative bet that any self respecting gambler should have a serious look at. So Maria Lynch and Stephen Neal decided to do a sketch on the need for a ‘life coach’ as he would surely need one.

So as NFT are the big thing at the moment why not have one of the first NFT as a prize for our return to the poker tables. 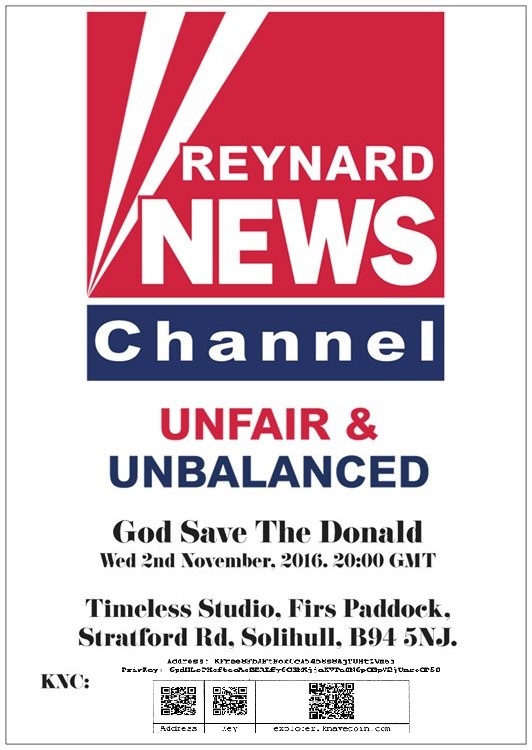