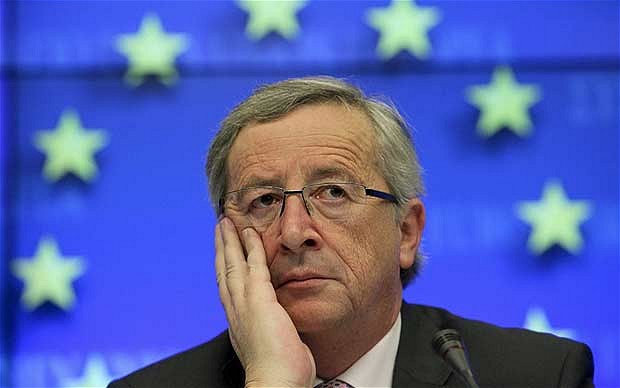 It has been a week since the referendum vote and the political meltdown is happening. The Tories are looking for a new leader and Labour are about to split into two, unless, Jeremy Corbyn can get his head out of his backside and admit he is not a leader as he does not inspire business people or anyone who is not fully bought into dialectic Marxism.

Nothing wrong with dialectic Marxism, but your ordinary voter who watch Strictly Come Dancing, or listen to Kanye West, or support Leeds Utd, or like shopping at Primark will not be impressed by someone who think that Russia, Pakistan, Isreal, China and India can keep nuclear weapons, but, the UK should get rid of theirs – unilaterally.

So together David Cameron and Jeremy Corbyn who both led their parties this time last week are now effectively sitting on the rails as events rumble on without their input. This is further compounded when the Scottish nationalist are formally asking Parliament to be consider to be the official opposition to the government because Jeremy Corbyn cannot command the loyalty of 80% of his MP’s.

David Cameron on the other hand has to carry on as if he is a zombie, dead but in movement and still eating stuff. In essence he is explaining to the European over lords that Britain will need things that they would not give Britain before the vote. Clearly he has no prospect of getting it because the European over lords will want to stop such nonsense. It looks like Britain will be getting a slap from the Jean-Claude Juncker it is just a question of the severity.

So as the political poker game continue the political rail birds will chirp away as they do in poker games hoping to sound relevant, but, increasingly becoming an irritant. In fairness David Cameron has to be the zombie for his party and for the country. Jeremy Corbyn is doing it, arguing he has to do it because of the mandate he gained last year. The only problem is that he is a total klutz in the art of politics.

The art of politics is to wield power. He has lost the ability to wield power. You cannot measure wielding power, but. you can feel it and the feeling is not there with Jeremy Corbyn. He wanted a new style of politics and that is good, but you need to be effective in projecting that you are ready to take power and do stuff that the people may like or at least understand. He seemed to want to be a innovator of moaning. Moaning about the state of things is OK, but what are you going to do to improve things as you see it?

With Cameron pleading for the European Union to play nice and Jeremy Corbyn deciding to play super tough things are not going to be rosy. The only people enjoying this spectacle is Nigel Farage who is now on a victory tour and Nicola Sturgeon who see this situation as a opportunity for Scottish independence. Effectively these two are the victors of the referendum.